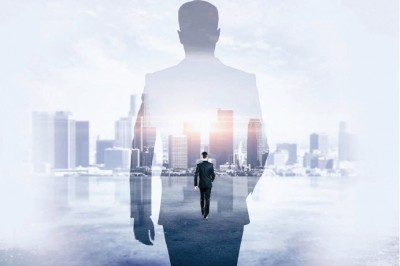 Looking Back the Way Forward

2018 is going to be remembered for a lot of reasons, many of which are not particularly positive. Perhaps the most germane to what we care about here at InfoGov World is that 2018 marked the year when data privacy became not only a buzzword, but a public reality. Even if you weren’t someone who followed data privacy closely (though if you are a reader of the magazine, we imagine you might be), the seemingly nonstop slew of high-profile breaches barely made a blip. Until, that is, we learned something we might have always known: Facebook was lying.

Zuckerberg’s very public (and very awkward) public testimony before a U.S. congressional committee and U.K. Parliament revealed two things: one, most politicians don’t really understand how the Internet works; and two, that the data privacy discussion was far from over. GDPR and the Cambridge Analytica scandal would further bring the public lens onto the data privacy community, but there were many, many more privacy breaches in 2018.

If you used the Internet at any point last year, then you no doubt experienced the deluge of website messages talking about privacy policies. This was because GDPR went live in May, although it was passed in 2016, providing more than enough time for the tech world to prepare. Consent wasn’t only about the #MeToo movement; it also pertained as well to the collection and use of personal data in the data privacy sector.

It will be a long time before Silicon Valley can wipe away the stain of Cambridge Analytica. Public trust in the tech sector took a real hit in 2018, and their ears are still ringing. Facebook stock plummeted from a high of about $215 in late July to $124 in late December, a more than 40% loss in market value, although it rebounded slightly in January. Facebook’s data misuse and foolishness in regard to screening third-party developers finally are having an impact. Given the relationship of their poor data privacy behavior and potential connections to ethical concerns, the market is punishing Facebook for putting millions of people’s PII and other sensitive data at risk. Stay tuned—Google and Amazon may be next.

However, it wasn’t just the tech giants who had data privacy problems. Data breaches were abound at some of the top global companies, including the likes of Under Armour, Marriott, and Quora. The takeaway was simple: companies were still treating data privacy like something that could be sloppily approached. The public outcry was not quite as pronounced as with Facebook’s multiple faux pas (at least 21 breaches in 2018), but it was no less impactful. All told, hundreds of millions—no billions—of people were affected by data breaches in 2018.

The most groundbreaking privacy event of 2018 was the conversation sparked by GDPR going into effect. Its formal launch last May signaled a sea change in data privacy. Many companies felt the pressure to comply, and others were concerned about its impact on business

Data is King in the Digital Age, and the privacy of that data was central to the conversation in 2018.

in general. In the end, it proved to change the regulatory landscape for the better.

Looking forward in 2019, data privacy regulations and conversations haven’t shown any sign of slowing down. If anything, last year proved to be a high-water mark that most in the industry saw for what it was: a time to change the way things are done. GDPR has proven to be what other nations needed in order to take another look at their data privacy laws and regulations. For example, California (the seventh-largest economy in the world) passed the California Consumer Privacy Act (CCPA). It will be in effect the first of the year in 2020, in order to protect consumers’ personal data.

Clearly, things have changed. What’s next?

The push toward Chief Privacy Officers (CPOs), CISOs and CIOs in organizations for the implementation of data privacy policies will no doubt be on the rise given 2018’s climate. After all, privacy is all about data protection, and that responsibility typically falls on the CPO, CISO or CIO within an organization.

Data is King in the Digital Age, and the privacy of that data was central to the conversation in 2018. It would make sense then that 2019 would see a no-holds-barred match between the aptly termed “Data Industrial Complex” and privacy regulations. Stay tuned, sports fans. Given the need for data privacy across the board, expect privacy automation to continue to emerge as a major new market. Relying on outdated manual processes is part of what got companies into trouble in 2018; this will no doubt change in the new year.

Regardless of our prophecy powers, data privacy is continuing to grow. We will be here to make sure you understand what is happening in that part of the digital world.