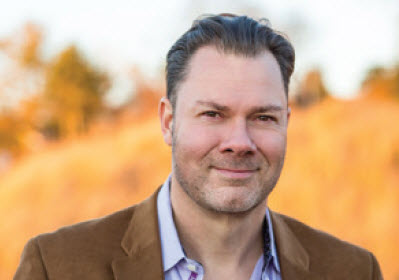 Intelligent Automation and IG: The Path to Digital Transformation

According to a recent survey by Deloitte & Touche LLP, 95% of CEOs and 97% of corporate board members cited, “serious threats and disruptions to their growth prospects in the next two to three years.” The specific threat most frequently cited is the disruptive effect of digital technologies deployed by competitors, and their internal challenge of keeping pace via new technology investments.  To put it in trendier parlance,

what they fear most is digital disruption.

What is the remedy to digital disruption? “Digital Transformation”—one of the most frequently cited phrases in today’s business circles. But what does it mean?

In the most basic of terms, Digital Transformation is the transformation or “digitizing” of existing processes and operations into a software realization and other streaming services. It is not simply an “app” nor becoming a “dot-com” enterprise, but leveraging digital media (the Internet, mobile apps, analytics, smart appliances, social media, et al.) to connect with customers, partners, and even employers.

The push for digital transformation and its looming threat is old news. We have all seen stories of once dominate businesses who were run out town by digital disruption, the most famous being Blockbuster’s displacement by Netflix and other streaming services.

Today we see around us countless new innovative “digital natives” rapidly outpacing erstwhile market leaders. Firms such as Uber, Facebook, Airbnb , Postmates, and others are success stories that have ascended from ideas virtually unthinkable a decade ago to multi-billion-dollar enterprises in business today.

While many CEOs may lay awake at night worrying about being “Uberized,” a more pressing issue is how to align digital transformation with corporate governance. How do you avoid the risk of losing control of governance processes? How do you avoid the risks of security breaches, while still ensuring digital access to your products and services by customers? What about enabling partners and employees to engage via digital media? The answer is Information Governance (IG).

Intelligent automation technologies support interactions with humans, as well as performing work as humans would do. A relatively simple example is an AI-powered “chatbot” able to interact with customers (and increasingly partners and employees) in a way which would otherwise require a human Customer Service Representative. Today, these interactions blur the lines between human and machine. When the interaction is via digital media (mobile app or website) it can be difficult or impossible to distinguish whether the entity on the other end of the interaction is living or virtual. They easily pass the infamous, “Turing Test” (the test developed by Alan Turing in 1950 to assess a machine’s ability to exhibit intelligent behavior indistinguishable from that of a human). Yet chatbots are just the thin veneer of intelligent automation. The real intelligence lies in the processes which happen behind the scenes. They are what ultimately defines digital transformation.

Indeed, a successful digital transformation strategy is one which ties together discrete moments of automation within a more comprehensive, end-to-end process, adhering to rules of corporate governance and IG. Supporting this requires a clear model for the separation of concern between the rules of how work is completed and systems which support it. In most enterprises today, the control points for enforcing the rules and policies of corporate governance are focused on human beings. They are part of the user interface in core business applications. They are also part of the reporting systems for ensuring compliance with established policies and procedures.

Firms focus on the actions of workers (human beings) who apply their knowhow and subjective judgement to perform work. A chatbot may be able to check the status of an order, or an insurance claim, or even initiate one. But traditionally, the high-value work to process that claim, or fulfill that order, is left to more skilled human workers. This work is often assumed to be “un-automatable” requiring logging in and out of different systems to complete the process (or even a single task), typically involving third party systems or otherwise environments which cannot be easily integrated through a programmatic interface. Instead, people do it, with swivel chairs and sticky notes, and as a result the design of the related rules and workflows are based on how the applications were built, rather than the actual objectives of the end-to-end process which span across them.

The critical path to successful digital transformation (with managed risk) is combining IG with intelligent automation.

Yet intelligent automation allows these existing user interfaces to remain intact, enabling software robots to perform the same functions just as a human user would do. This allows the same control points and reporting to remain intact. The work is indistinguishable between human and robot, as the same systems are used.

What tells the robot what to do? This is critical role of IG, ultimately serving as the lifeblood of digital transformation, by enforcing the same rules applied to human workers, and ensuring the same level of transparency (including audit trails, records management, and other means for capturing the chain of custody for how confidential and proprietary information is handled).

Combined with IG, intelligent automation offers the ability to integrate processes, rather than systems and applications, to deliver closer to holistic or comprehensive automation of work rather requiring (far more expensive) humans to perform this work manually. A real-life example of this is the automation of otherwise manual transaction processing. In this scenario the greatest challenge typically is to ensure workers follow the rules and policy guidelines for how work should be performed, which is enforced via training, work instructions and standard operating procedures (SOP)s.

Imagine an alternative scenario where users are relieved of subjective decision-making (i.e., having to rely on their own interpretation of policies and rules) and instead their work flows through a library of business logic where 100s or 1000s of rules are applied to validate data accuracy, to ensure consistency with policy, and to present a data-driven recommendation for the best action to take next. This provides objective measures (actual reportable data and analytics) to demonstrate that work was performed according to established policy. It also lowers the training burden, by removing the need to understand exactly what to do at each, process step while ensuring greater accuracy and consistency. Rather than a “black box” of backend automation, each transaction, process step, and data element is checked automatically against IG rules.

Expanding the aperture on this scenario, consider the role of traditional BPM coordinating the end-to-end process, managing the sequencing of steps and state of processes as it advances the span of control from one step to the next. Now with the much finer grain definition of how work must be performed, leveraging the policies and rules defined as part of IG, many of the steps which had previously required human intervention can now be performed by “intelligent” robots. Yet these robots aren’t smart, per se. This is not AI run amok. Rather, the software robots are held to the same compliance rules and reporting standards otherwise defined for human workers, but digitized as part of an IG strategy.

Over time, the scope of this automation can grow to encompass an increasing number of erstwhile human tasks, as performance data is captured and more is understood about how the work should be performed.

This is the promise of Intelligence Automation combined with IG—expanding the efficiency of automation while delivering greater transparency and policy compliance.

Nathaniel Palmer is a regular speaker at leading conferences, and has authored or co-authored over a dozen books on process automation and digital transformation. He is Director, Business Architecture for Serco, Inc., as well as the Executive Director of the Workflow Management Coalition (since 2006). Rated as the #1 most influential though leader in BPM in Independent Research, he has led the design for some of the industry’s largest-scale and most complex process automation and digital transformation initiatives, involving investments of $500 million or more. Previously, he had been the BPM Practice Director of SRA International; Director, Business Consulting for Perot Systems Corp; as well as spending over a decade with Delphi Group serving as VP & CTO. He may be reached at NathanielPalmer@gmail.com or via LinkedIn.Com/in/bigdatasmartprocess/.