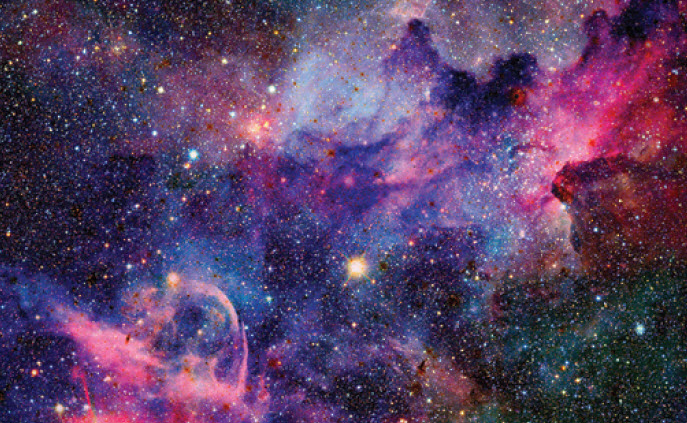 Navigating “Reasonable Security” under California’s Consumer Privacy Act
California is the birthplace of stars, the Internet, and consumer privacy. In 1974, California empowered its residents with an inalienable constitutional right of privacy. Over time, that right has expanded to “shine the light” on mandatory online privacy policies and require consumer notices of data breaches (2003), and public shaming of companies for breaches impacting 500+ citizens (2012).

In 2018, California passed the California Consumer Privacy Act (“CCPA”), giving individuals the right to be forgotten and steep fines/penalties for failing to implement reasonable security. Businesses seeking to comply must implement “reasonable security procedures” and practices by January 1, 2020. But navigating a nebulous concept like “reasonable security” can feel like we are ships lost at sea. To find our way home, data must first be charted like luminous lights in the night sky—and we have much to learn from ancient astronomers.

The Law
The CCPA gives Californians the right to bring a civil action against a business for failing to “implement and maintain reasonable security procedures and practices appropriate to the nature of the information.” Statutory damages range from $100-$750 per consumer, per incident. Civil penalties by the Attorney General may also be assessed at $2,500 to $7,500 per violation. The ethical and legal obligation to implement, “reasonable security procedures and practices” to protect personal information from unauthorized access is nothing new—but the damages and penalties give it some teeth.

Stargazing
If your ultimate destination is to safeguard your data and systems, then IG is your travel guide. Like ancient astronomers who began charting the stars thousands of years ago, data mapping uses practical methods of observations to understand and chart the flow of data. Like stars, data is seemingly infinite, constantly expanding, and fills us with a greater sense of mystery and perspective.

Early astronomers did not use complex telescopes or software to map out the stars; rather, they looked up at the stars instead of down at their feet. Accordingly, businesses should observe the way employees and third-party service providers access and utilize data, identify where personal information is stored, and begin to map out their constellations of data.

Mapping
To draw up your organization’s data map, start with identifying the brightest stars like your customer database or invaluable intellectual property. After identification and classification, move on to specifying all the places that data is located. Information assets and data are often widely distributed and may reside on your servers, in the cloud, with vendors, on mobile devices owned by employees, and beyond. Data maps do not have to be fancy; instead, make them functional. Create the data map in a Word chart, Excel file, or Adobe Illustrator. Use a program that you can modify so the map evolves with additional information you learn about your data. It is only after we identify, locate, and classify the data that we can reasonably secure it.

Conclusions
Just as ancient astronomy evolved, our understanding of “reasonable security” will as well. The Attorney General is expected to promulgate regulations in the California Code of Regulations before CCPA may be enforced by the Attorney General in July 2020. The Attorney General’s Office has indicated that it will rely on public comments in setting out those regulations and is conducting a CCPA rulemaking road show in January and February at various locations throughout California. Soliciting feedback from stakeholders in advance of drafting the regulations will hopefully lead to a standard of “reasonable security” that businesses can utilize on their journey towards compliance.

Until we have more guidance from the Attorney General, the Breach Report and data mapping will set the course for navigating toward reasonable security.

JUSTINE M. PHILLIPS, ESQ. IS A PARTNER IN SHEPPARD MULLIN’S SAN DIEGO OFFICE IN BOTH CYBERSECURITY AND LABOR & EMPLOYMENT PRACTICE GROUPS. JUSTINE TAKES A PRACTICAL AND MINDFUL APPROACH TO ASSIST HER CLIENTS IN EVERY ASPECT OF CYBERSECURITY FROM DATA IDENTIFICATION THROUGH DESTRUCTION, COMPLEX LITIGATION, AND PRIVACY/SECURITY BY DESIGN. SHE CAN BE REACHED AT JPHILLIPS@SHEPPARDMULLIN.COM.

Justine M. Phillips, Esq. is a Partner in Sheppard Mullin’s San Diego Office in both Cybersecurity and Labor & Employment Practice Groups. Justine takes a practical and mindful approach to assist her clients in every aspect of cybersecurity from data identification through destruction, complex litigation, and privacy/security by design. She can be reached at jphillips@sheppardmullin.com.