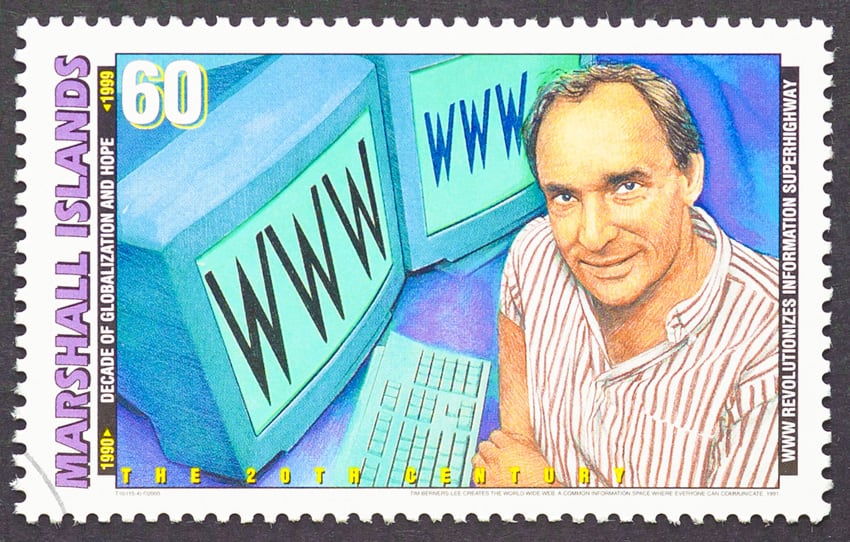 As the father of the Web, Tim Berners-Lee pays close attention to the malicious ways in which some are using his invention, particularly considering recent fake news based social media streams that travel across his invention. He had come up with hyper-text protocol (http), a machine language he envisioned would help scientists share ideas across the fledgling ìInternetî of the early nineties.

Often in the space of scientific advancement, scientists make discoveries without investigating long-term societal ramifications. Berners-Lee, however, sought to prevent this when he released his http source code to the public. While this meant that he would not profit from his invention, he understood that others might use http for criminal purposes. Even before a rash of cybercrimes brought into question privacy rights while using the Internet, Berners-Lee knew of the ramifications. He believed that releasing the source code to the public in the storied tradition of ìopen sourceî software would even the playing field.

Remarkably, Berners-Lee is not an absentee father who made a technology impact then retired to a tropical beach sipping a margarita. Since releasing his http source code to the public, he has been working to prevent the cybercrimes he prophesized would occur. Today he recounts that the sorrow surrounding the misuse of his invention has had a visceral effect on his psyche. Berners-Lee noted in a recent interview that what has emerged is anti-human. 1 Elements such as AI, neural networks, and the semantic Web add a science fiction element that is decidedly unsettling.

As a father, Berners-Lee wants to add democratic ideals to control of the Web. He believes this is the only way to check the ìinhumannessî that will result from less human autonomy. Working from the fact that humans gave the Web ìaway with every signed user agreement and intimate moment shared with technology,î 2 Berners-Lee came up with the software platform Solid that would help humans take control of their personal footprints inside the Web. 3 This platform is fully compatible with new privacy standards set by the EUís GDPR. In the simplest explanation, Solid, is like a safety shield that protects Web users, particularly those that utilize social media streams. Thankfully, Berners-Lee is in a rare position to change the Internet and the way people approach digital lives for a second time. A task fitting for a father.

1. Katrina Brooker, ìI was Devastedî: Tim Berners Lee, the Man Who Created the World Wide Web. Vanity Fair, August, 2018. https://www.vanityfair.com/news/2018/07/the-man-who-created-the-world-wide-web-has-some-regrets
2. Ibid.
3. About Solid, ìSolid (derived from “social linked data”) is a proposed set of conventions and tools for building decentralized social applications based on Linked Data principles. Solid is modular and extensible and it relies as much as possible on existing†W3C†standards and protocols. See https://solid.mit.edu/