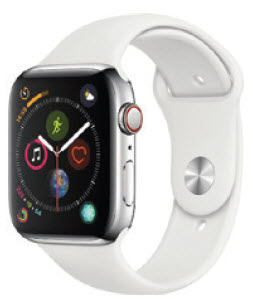 In recent months there has been much talk about declining iPhone sales. While the reasons for this are debatable, not in dispute is the number of iPhones in use today. Although Apple has stopped reporting iPhone sales numbers, there are over one billion iPhones in use worldwide. (1) By all accounts, this is a staggering number. Equally staggering is the amount of data these iPhones use, control, and manage as people live their digital lives. Given the U.S.’s push to reform its electronic information infrastructure for the use of electronic health records (EHRs), Apple is poised to strengthen its wearables market-share. As a leading tech company, Apple has a rare opportunity to shape public policy about the use of electronic information.

One of the things that led to Apple’s saturation of the smartphone market was its development of an app ecosystem that is exclusive to the Apple platform.(2) Today, the Apple App store is one of the most successful software stores in the history of software stores––success fed in part by the data protection security Apple offers as part of using its App Store. Alongside new iPhone releases, Apple has introduced the iWatch, a companion (in a literal sense) to the iPhone. This is not a passive relationship. Biometric sensors in the iWatch relay and share personal data such as heart rate with iPhones. This is an example of what could go into an EHR. When combined with other data and the App Store’s attention to cybersecurity, EHRs realize their true potential as a tool for health and illness prevention.

Early data and research indicated that 90% of patients saw the health benefits of using Apple Health Records (AHR) to manage their health. (3) Apple approaches the health wearable market from meaningful patient-controlled interoperability. The App Store introduces security into any app developed that will use health data within Apple’s ecosystem. AHR is Apple’s “official” platform for utilizing EHRs. This represents a chain of records integrity that ensures patient privacy. The key to this working is the utilization of EHRs in such a way that is natural to the user.