On Wednesday evening, March 23, IGWorld magazine hosted its first in a series of “Jeffersonian Dinner Discussions” on Information Governance at Ruth’s Chris Steakhouse in San Diego.  The event began with passed appetizers and drinks, before sitting down for a steak dinner in a private room.

The Jeffersonian dinner discussion idea comes from Thomas Jefferson, who used to host the dinners with 14 invited guests, to discuss key topics of the day. The discussion goes around the room, one guest at a time making their statement, uninterrupted, on the topic at hand. Hosted by IGWorld Publisher Robert Smallwood, the discussion began with a complete biography given by each guest, and some background on how they got into the (Privacy, Security, eDiscovery, etc.) Information Governance space. Then a discussion migrated to the changes and challenges seen in the IG space over recent years. Each guest was given the opportunity to connect with their peers, and to express their opinions. The dinner concluded with traditional New Orleans-style bread pudding or chocolate cake for dessert.  “The Jeffersonian Dinner was a great way to get to know attendees beyond basic introductions,” stated Andrew Ysasi, VP of Vital Records Control and ICRM President. “And it was a welcome change to pre-pandemic events,” he added.

By the end of the evening, everyone knew everyone much better. Representatives of some of the attending companies included Qualcomm, Baker Hostetler LLP, KPMG, VRC, Iron Mountain, eVisit and others. IGWorld is planning on holding additional Jeffersonian Dinners throughout the year in major cities. “These smaller, high touch gatherings allow people to form deeper networking connections, while learning from top peers in IG,” Smallwood said.

InfoGov World Expo is the world’s largest 3D virtual Information Governance (IG) conference and expo. There are two days of IG training (Sept 27 & 28) and two days of conference sessions (Sept 29 & 30). InfoGov World features over 100 expert speakers on the major facets of IG, including:

You’ll be able to learn from case studies & panel discussions in a fast-paced session format. Attend a cross-section of topical sessions, or take a deep dive into key areas. To learn more, visit InfoGovWorldExpo.com 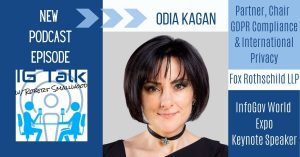 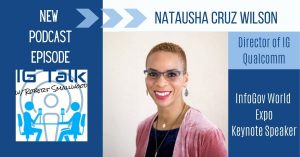 NARA Following Through on White House Directive to go Paperless 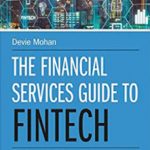 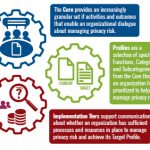